Growing up we were told that “beauty is in the eye of the beholder.”

But let’s face it, in the era of social media, that “beholder” can often be harsh, hurtful, biased–and bashing people is a lot easier than complementing someone

We can deny it all we want, but when it comes to first impressions–it has always been about good looks .

Which is quite funny considering we also live at a time when “beauty mode,” IG filters, and photoshop edits are so common that its so hard to find a real unadulterated and untouched photo.

That its okay to max out all those beauty filters and sliders to appear flawless–even if we look like a totally different person in real life.

That its better to lie and look good than be real and get bashed.

In Maxipeel’s new commercial, it tells the story of four women who have been judged, rejected and made fun of because of their looks.

We see it every day, a lot of us have had acne at some point in our lives, but for these women, it’s the source of an undying insecurity, causing them pain that goes beyond skin deep, scarring not only their faces, but also their self-esteem.

As of this writing, the Facebook video has been viewed over a hundred thousand times, and not everyone has been kind with their comments. And while there are a lot of people who said they could relate to the women and expressed support there are also other who called the ad “Too OA and overly dramatic.

Yesterday we got to talk to these four women– Joepy, Kata, Angel and Andrea who shared the stories behind the video and as someone who hasn’t been blessed with too much good looks and endured a lot of fat boy jokes growing up, I kinda felt their pain.

In a society where looks and aesthetic is very influential, the fight for respect and equality is a lifelong struggle for people with pimples. As they shared on the video they lost opportunities just because people judged their looks instead of abilities.

That fight is a fight that Maxi-Peel is unwilling to give up. The brand’s mission is to amplify the voices of those who have been misjudged, ridiculed, and discriminated because of their acne through their newest campaign — “’Wag Mong Isuko ang Laban”. (Don’t Give Up the Fight.

That laban takes these four women on a documentary campaign that follows their 60-day journey with Maxi-Peel Exfoliant Solutions, capturing real progress, with real results in real time.

The campaign begins with a heart-wrenching 60-second testimonial video of these 4 women telling everyone what society tells them every day.

Kata also shared there were times that she thought she already got the role only to lose it in the end because of looks.

“Bakit siya ‘yung napiling host, eh ang dami niyang pimples?”Andrea Roces, a retail manager and an active humanitarian says pimples have affected her work and her credibility, damaging her self-esteem and self-belief, “The confidence I’ve built for many years, it all goes away.”

It was their 21st day yesterday and already we saw improvements compared to their before photos which the brand swear’s were not edited to make them look worse.

Because through these real stories from real people, Maxi-Peel aims to open our eyes and minds to the truth behind acne. That removing pimples is not just about being beautiful, or achieving smoother skin, or to gain more followers, those are just the aesthetic effects. The real purpose of the brand is to help Filipinos treat and cure an actual skin condition, boost their self-confidence, revive their self-belief, and empower them to have a fighting chance against prejudice and discrimination.

This fight isn’t just about the face, this fight is about facing challenges head on, and acknowledging that it’s only just a phase. Never quitting, never stopping. To all Filipino women out there who have lost their confidence, hope is not lost. You can get past this, in your fight against acne and all its inherent negativity, “Wag Mong Isuko Ang Laban”. 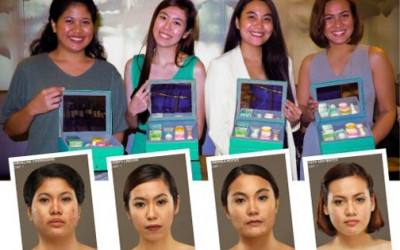 Jul 01, 2019 / 1 minute read
Have you ever been judged because of your looks? Or rejected because your skin wasn’t perfect? The 4 women you are about to meet experienced negativit...
Read More 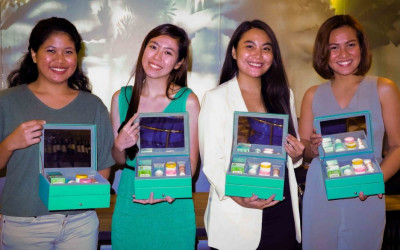 Jul 01, 2019 / 2 minutes read
Have you ever been judged because of your looks? Or rejected because your skin wasn’t perfect? The 4 women you are about to meet experienced negativit...
Read More 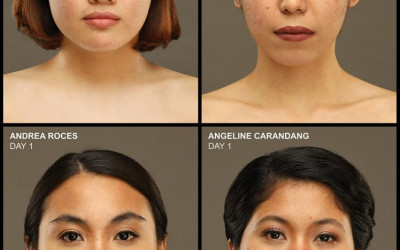